The Chagos Conservation Trust’s new Healthy Islands, Healthy Reefs programme is an ambitious, large-scale rewilding project that will remove rats and enable the return of hundreds of thousands of seabirds to the archipelago, helping its coral reefs recover from bleaching and build their resilience to the effects of climate change. 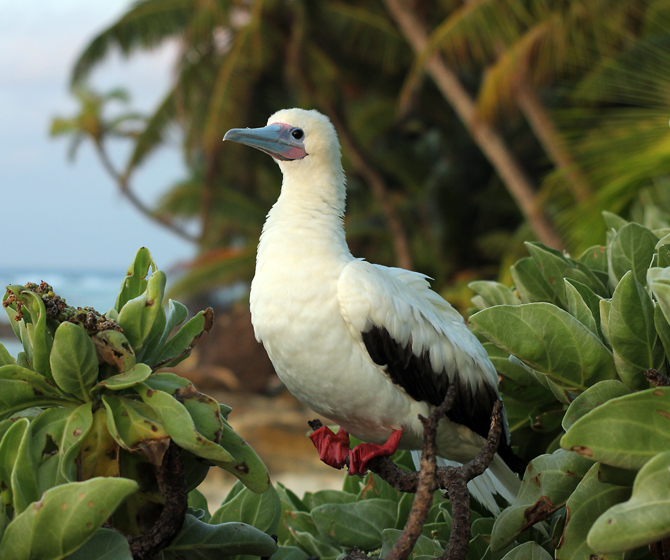 Thirty islands will be rewilded and the rat-free habitat available for seabirds in the archipelago will triple. Once rats are removed and seabirds repopulate these islands, nutrient flows into the surrounding reefs should significantly increase, boosting their survival.

A natural system broken down

The Chagos Archipelago was once regarded as one of the most pristine environments in the world with some of the cleanest seawater. Its remoteness meant it is largely protected from human pressures. But its isolated location has not shielded it from the far-reaching effects of climate change.

In 2015 and 2016 two ocean heatwaves led to mass coral bleaching and the death of approximately 70% of the hard corals that form the foundations of the archipelago’s reefs.

To give the reefs the best chance of recovery and build their resilience to future bleaching events, we must now focus our efforts on the wildlife found above the water–the archipelago’s seabirds.

Scientists have recently discovered a direct relationship between healthy seabird populations on islands and healthy reefs. The researchers found that after seabirds forage for food in the ocean they return to the islands and their droppings act as a natural fertiliser for the surrounding corals.

When humans first discovered the archipelago in the 1700s they introduced several invasive species including rats, and cleared native forest and vegetation for the creation of coconut plantations. Coconut farming ceased in the 1970s but as a legacy of the plantation era, every island farmed for coconuts has rats.

Rats eat seabird eggs and chicks. This has led to the decimation of seabird populations on these islands and the breakdown of the crucial relationship between seabirds and reefs.

Healthy Islands, Heathy Reefs will rewild 30 ecologically degraded islands in the Chagos Archipelago, returning them to sanctuaries for seabirds and supporting thriving coral reefs. This is an opportunity for you to support the largest rewilding operation ever to be attempted on tropical islands. Together, with your support, we will secure the future of the Chagos Archipelago. We’re looking for donors and investors to make this vision a reality and secure the future of this unique and spectacular ecosystem.

Healthy Islands, Healthy Reefs is a long-term programme currently in its second stage – Research and Development.

During stage one CCT self-funded a Feasibility Study, that includes an Environmental Impact Assessment, to determine the most efficient method for eradicating rats from the Chagos Archipelago’s outer islands. 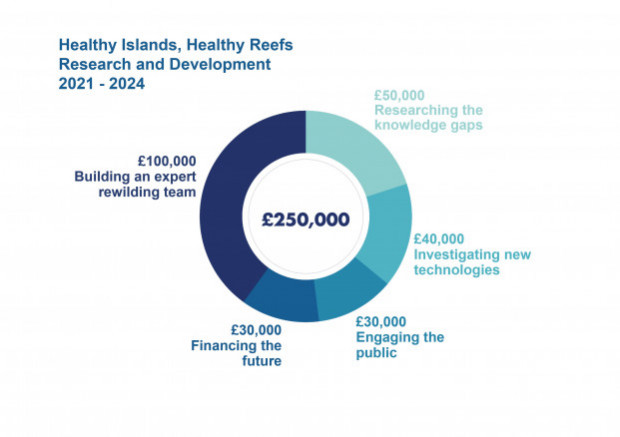 The three year research and development stage will:

If you would like to discuss how you can get involved, please contact CCT's Director, Sarah Puntan-Galea, via email: director@chagos-trust.org