We’ve put together some of the best images from our team’s latest scientific expedition to this remarkable archipelago. They show you why we’re working to protect this globally important environment, and the stunning wildlife that thrives there.

The photos were taken by one of our Trustees, Anne Sheppard. We hope you enjoy them!
Simon Hughes
Secretary, Chagos Conservation Trust 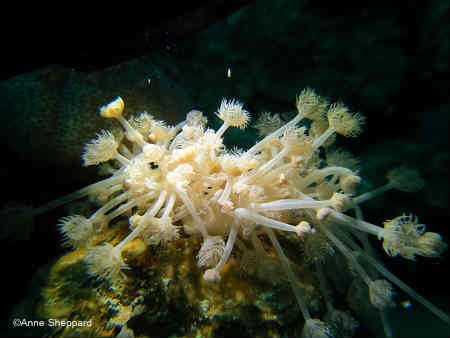 Soft coral (Xenia sp). There are over 220 different types of coral in the Chagos Islands. In the absence of pollution and fishing, the reefs around the archipelago may present some of the least degraded reefs in the world. They provide a ‘baseline’ for natural healthy coral reef ecosystems that helps the scientific community to better understand how reefs work to help with their conservation and management. 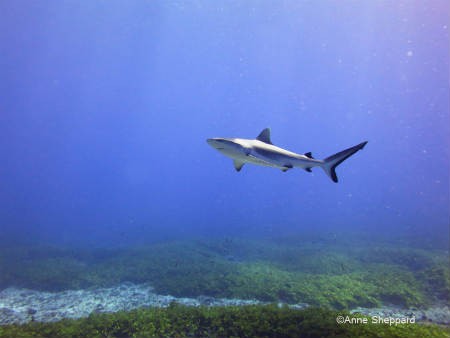 A Silvertip shark (Carcharhinus albimarginatus) swims close by. Across the world, 90% of large fish species, such as sharks, tuna and swordfish have disappeared in the last few decades. Yet, less than 1% of the world’s oceans are fully protected. The seagrass bed here is also an important habitat for many species, including the green turtle. 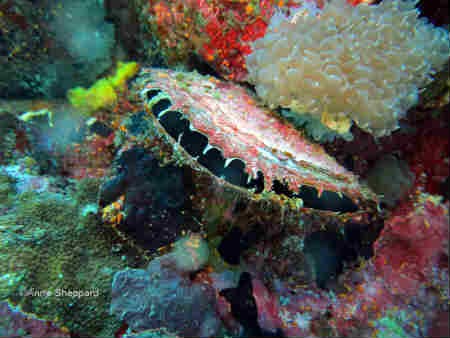 Pinctada sp pearl oyster found in a lagoon in Salomans Atoll. The corals surrounding the oyster are vital in providing a habitat for many different fishes and other marine life. 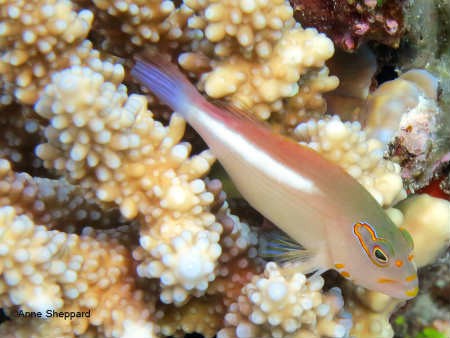 Arceye hawkfish Parracihites arcatus, one of over 800 species of fish in the Chagos Archipelago.
“The abundance of life in the waters around these islands far surpasses anything I have seen elsewhere in the world. Today I saw a glimpse of the past, and I can’t help wondering what the future holds for these islands and the waters around them.” Ronan Roche, expedition team member. 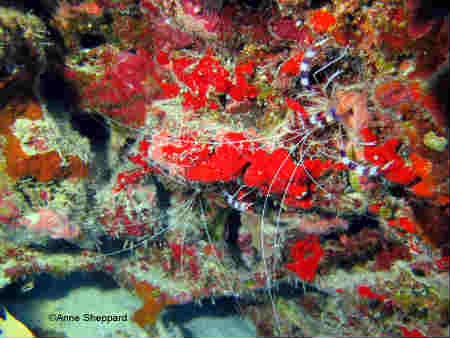 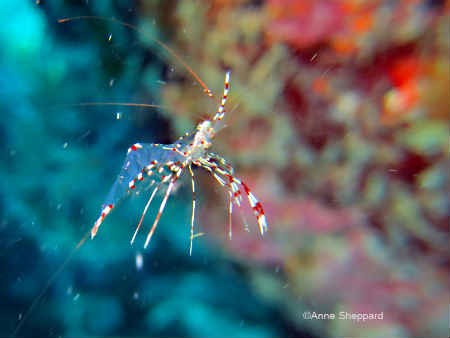 Shrimp Urocardidella antonbruunii.
“I was searching for shrimp, one component of the reef cryptofauna that live on other invertebrates such as sea cucumbers, sea stars and coral. I will take their DNA, to put together a phylogeny (a genetic family tree), and use it to help explain shrimp distribution and community structure across Chagos and other sites in the Indian Ocean.”
Catherine Head, expedition team member. 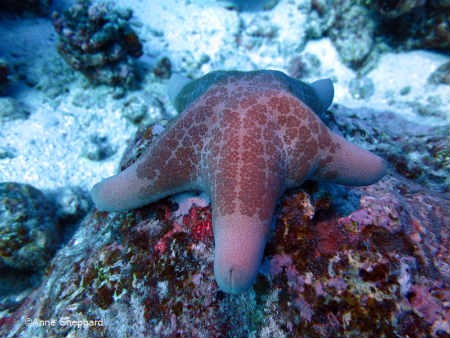 A Starfish Choriaster granulatus in Eagle Island lagoon. At over 600,000 square km, the marine reserve is twice the size of the UK and is Britain’s most biodiverse marine ecosystem.

Home to the world’s largest living coral atoll, the marine reserve safeguards the rich diversity of marine life found in the area, and is a conservation legacy almost unrivalled in scale and significance. 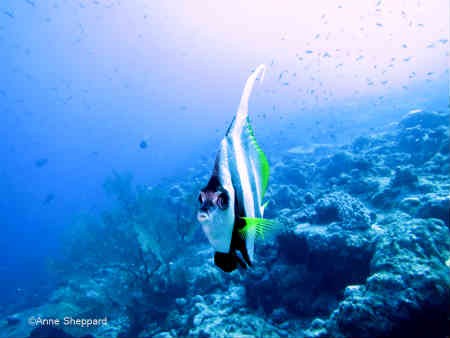 A Longfin banner fish Heniochus acuminatus swims in the heart of the Indian Ocean. As a fully protected marine reserve, all extractive activities, such as industrial fishing and deep sea mining, are prohibited in the Chagos Islands. 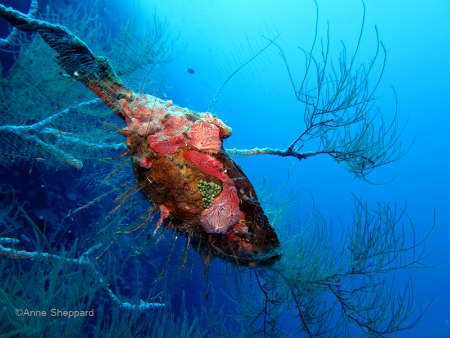 “Remote places like Chagos are some of the last wild places on Earth. The healthy ecosystems of Chagos urge us to be better stewards of the environment.” Dr. Daniel Wagner, former expedition team member.

Scientific Advisor to the British Indian Ocean Territory (BIOT) Administration, and CCT Trustee Charles Sheppard explains how the marine reserve has been important for science:

“Thanks to CCT supporters and the work of over 100 scientists who have shown how rich and important this archipelago is, the government declared this huge area as the BIOT marine reserve.  Furthermore, and in recognition of the importance of this huge network of reefs,  there are now more scientific expeditions than ever to the Chagos archipelago.  These are designed both to further our understanding of how reefs in good condition function, which is increasingly important in the tropical world, and to help the BIOT government effectively manage this globally important area.”