CCT is extremely pleased to announce that Dr John Turner of Bangor University’s School of Ocean Sciences and CCT trustee has won the Bangor University Impact and Innovation Award for Best Impact on Public Policy and/or Public Services, sponsored by the Economic and Social Research Council Impact Acceleration Account.

The project ‘To Strengthen the World’s Largest Marine Reserve, Chagos Archipelago’ was funded by the UK Government’s DEFRA Darwin Initiative (2013-15) and led by Dr Turner in collaboration with Prof Charles Sheppard of University of Warwick, and Dr Heather Koldewey of the Zoological Society of London and all of CCT.

The project’s goal of strengthening the reserve by providing scientific knowledge for effective management and to engage stakeholders resulted in:
The creation of a permanent monitoring strategy for coral reefs and island systems
The continued engagement with and inclusion of the Chagossian community through the Connect Chagos outreach programme
Highlighting the significance of the Chagos marine reserve internationally as a major step in conserving marine ecosystems

John led the project, and John, Charles and Heather each led one of the three biological and ecological research expeditions to facilitate and extend the work of over 20 scientists in a continuation of a programme into the biology and ecology of these remarkable tropical islands and coral reefs. 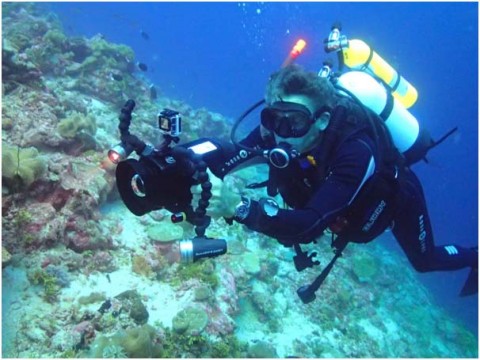 These expeditions were the latest in a large number of research visits to this huge UK Overseas Territory, which is a strictly no-take marine reserve, and involved scientists from a dozen international institutions and members of the Chagossian community.

The Chagos Archipelago is recognised worldwide as a flagship for conservation, whose value is further enhanced by being part of a global network. Chagos is entirely constructed from coral reefs and reefs are responsible for a disproportionately high proportion of the world’s biodiversity and productivity, but at present an insufficient fraction of them are protected.

This award comes hot on the heels of another recognition by the UK Collaborative on Development Sciences. Emeritus Professor Charles Sheppard, OBE, of Warwick University and CCT’s chair was notified in September that the Chagos research programme had been ranked amongst the Top 20 most impressive examples of UK research contributing to global development.

This recognition came independently to that from Bangor by a grouping of a dozen government departments and funding bodies. Chagos was selected from almost 7,000 case studies submitted by UK institutions as part of their national periodic assessments. It was the only marine science programme chosen, and was considered to be most important internationally in terms of research quality, impact and outreach. 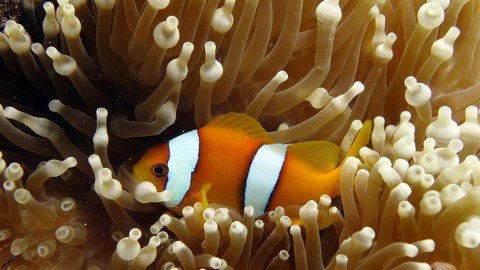 These achievements have firmly established the importance of ongoing biology and ecology research of the British Indian Ocean Territory, and the exceptional quality of the science resulting. Both of them also specifically recognise the academic approaches taken throughout for research that require multi-disciplinary, multi-national approaches.

This important work continues. CCT is working towards future funding that will enable the continuation of the existing research programme and expansion into deeper and more distant waters and reef and island conservation. The work becomes all the more important to the global community as climate change and other ecological pressures increase.
High quality research, extensive scope and scientific ambition to find solutions to pressing problems have been central to both achievements.