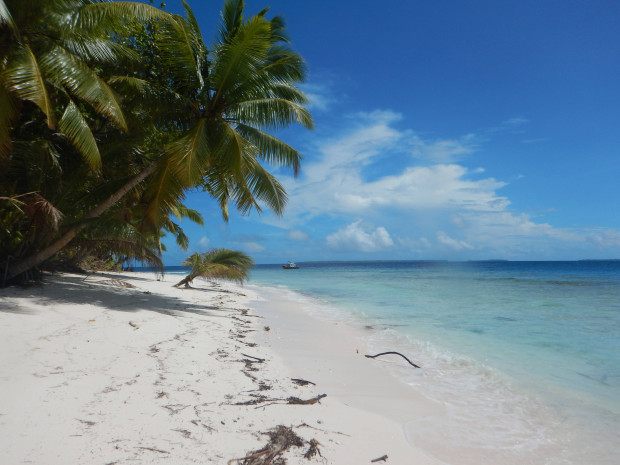 This World Ocean’s Day, new DNA technologies have arrived on the remote islands of the Chagos Archipelago, and a team of researchers are collecting DNA samples to monitor the marine biodiversity of this diverse region.

Hundreds of miles from neighbouring countries in the remoteness of the Indian Ocean lies the Chagos Archipelago, a collection of tropical islands with some of the richest, most natural examples of marine environments on Earth. Coral reefs and mangroves host fish, turtles, and the – islands are teeming with life, such as the famous coconut crab.

Now, DNA technologies are being used in the Chagos Archipelago in an exciting new project by the Chagos Conservation Trust (CCT) and NatureMetrics, as part of CCT’s Healthy Islands, Healthy Reefs project.

Having previously explored DNA-based biodiversity surveys for rat eradication monitoring, last month researchers collected  environmental DNA samples, for CCT, from waters adjacent to the Chagos Archipelago coastline to find out if invasive species can be detected from the DNA they leave behind in the seawater, and their impact on the wider ecosystem, which is also characterised through the eDNA analysis. 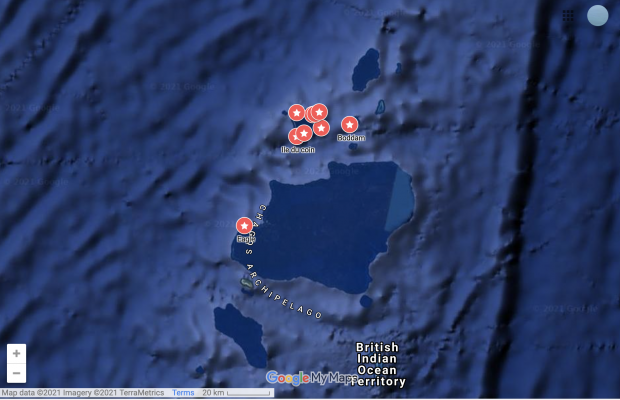 Rosie Dowell, PhD student at Imperial College London in association with the Zoological Society of London’s Institute of Zoology, is developing environmental DNA techniques as a marine biodiversity monitoring tool on coral reefs in the Indian Ocean. Her research takes her to the Peros Banhos and Salomon Atolls and the Great Chagos Bank to collect water samples that are being sent to NatureMetrics for DNA analysis. 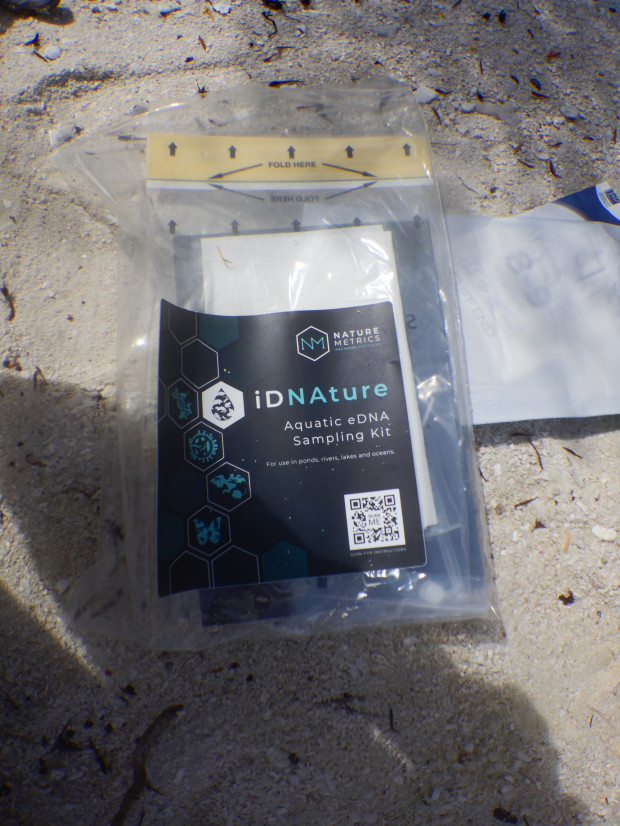 Talking about her experiences collecting DNA samples, Rosie says “As a reasonably experienced user of eDNA methods, I was really excited to be able to play a small part in the Chagos Conservation Trust Healthy Islands, Healthy Reefs programme. The use of marine samples to detect terrestrial species has been noted in [scientific] publications before but the opportunity to test and apply this method throughout an eradication campaign will be really insightful and potentially a fantastic early warning or monitoring system around these incredible islands.”

“Supported by the crew of the Grampian Frontier, we collected 4 litres of water from close to the shores of rat-populated and rat-free islands and using the sampling kits provided by NatureMetrics, and the process of filtering and preserving these samples was made incredibly easy! Using these kits makes eDNA sampling extremely accessible and when requiring samples from such remote locations and cuts out the need for expensive equipment or trained personnel.

“On this trip, we collected replicate samples from 9 islands in the archipelago and I cannot wait to learn what these samples hold!”

Through her photographs from the remote islands of the Chagos Archipelago, you can follow scientist Rosie Dowell’s journey from island to island, collecting water samples for eDNA analysis whilst interacting with wildlife spanning coral reefs, birds and crabs. 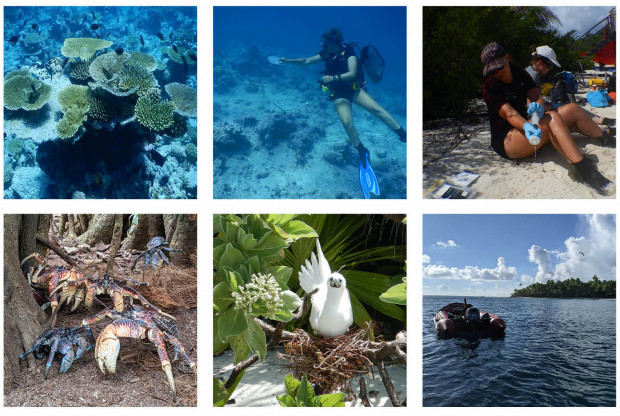 Rosie’s environmental DNA samples will be sent to NatureMetrics laboratories in the UK, where they will be processed to reveal the different species of marine wildlife that were captured in her samples.

Dr Vere Ross-Gillespie, Sector Manager at NatureMetrics adds “This work is very exciting because we’re using eDNA to baseline biodiversity in this unique place at unprecedented rates and geographic scales and really optimising field surveys. The data will be used to monitor changes in marine biodiversity over the long term, compare methodologies and even understand the influence of pest species on specific islands and their impact on the surrounding marine environment. We’re to be collaborating with CCT and Imperial College London, providing our novel DNA services to this project, and look forward to seeing what Rosie has discovered”.

Contributors: Chagos Conservation Trust, Imperial College London, NatureMetrics. Rosie Dowell’s research is being carried out in collaboration with the Zoological Society of London’s Institute of Zoology and forms part of the Science and Solutions for a Changing Planet Doctoral Training Program. This work is funded by the National Environmental Research Council, the CASE partner NatureMetrics, and the Bertarelli Foundation as part of the Bertarelli Foundation’s Marine Science Programme.