On 5 April a team of researchers, including CCT trustees Pete Carr and Prof. John Turner, began a two week emergency expedition to assess the reefs of the Chagos Archipelago and the success of CCT’s rat eradication project. 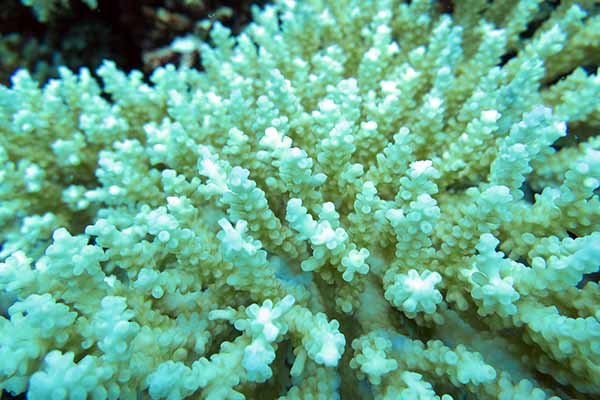 We’ve all heard of the devastating effects climate change induced sea temperature rise has had on Australia’s Great Barrier Reef but unfortunately this is a global problem and the Chagos Archipelago reefs have not been spared.

Last year researchers documented record-breaking sea temperatures and extensive coral bleaching. Due to a lag of several months between coral bleaching and a final tally of mortality being possible it is only now that the full cost of last year’s bleaching can be assessed. Predictions this year indicate another year of warm seas that may  affect the already vulnerable corals so this is our only opportunity to pick up last year’s impacts before the chance of further problems in 2017 . 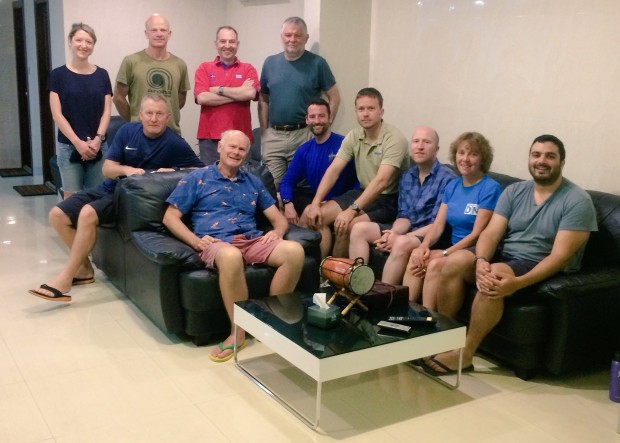 The coral team, lead by Prof. John Turner and involving scientists from Bangor University, ZSL and Oxford University, plan to gather vital research with the aim of documenting the reefs ability to respond to sea-level rise, sea-surface temperature increases, and changing coral reef health. These three indicators have recently been highlighted as areas of concern for the immediate future of the Chagos Archipelago.

A number of reefs will be revisited to continue the long term coral cover and rising sea temperature study. The amount of coral cover indicates how reefs respond to warm seas and has been used since the 1998 warming event. It records the areas of dead coral and how reefs have or haven’t recovered over time. Rising sea surface temperature increases coral stress causing diseases and bleaching, which often leads to coral deaths.

After the 1998 warming event juvenile corals were very abundant on some of the reefs. This meant that the prognosis for those reefs was good and after four or five years total coral was seen to be recovering rapidly and coral cover increasing, including in the shallow areas that had been worst affected.

During this expedition juvenile corals will be counted to assess potential recovery after the 2015 and 2016 warming events. The team will be comparing data from the Chagos Archipelago with other reefs in the region hoping to see how the marine reserve has fared compared to its neighbours.

This project is fully funded by the Bertarelli Foundation that is working with leading marine scientists from across the world to carry out a programme of long-term research. 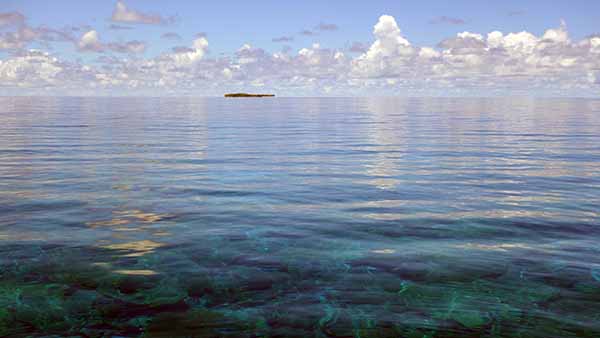 Ile Vache Marine is a tiny island within a Strict Nature Reserve in the Chagos Marine Reserve. Although islands classified by the IUCN as Important Bird Areas surround it it has lost its own seabird population due to invasive rats that predate on eggs and young birds.

Throughout the Chagos Archipelago introduced invasive black rats have been recorded. Globally, invasive rats have had a devastating impact on oceanic island ecosystems, suppressing populations of native animals and preventing regeneration of native plants. Ridding Ile Vache Marine of these pests will increase biodiversity on the island by providing a safe haven for seabirds to nest and contribute to a healthy ecosystem more widely.

In 2014 CCT conducted a rat eradication project, funded by the Darwin Initiative, as part of a long-term strategy to eradicate invasive rats from all of the Chagos Archipelago’s affected islands. It is internationally recognised that a minimum period of two years has to pass before an island can be declared rat free.

CCT trustee Pete Carr, working with renowned biodiversity restoration specialists Dr Grant Harper, is now on his way to re-visit the island and evaluate the outcome of the eradication attempt. If successful it will be the first successful invasive rat eradication in the Chagos Archipelago, and we hope the first of many more.

This project is fully funded by the Chagos Conservation Trust.